How do we regain hope after we lost all faith in the future? - A Therapy Tool From Holocaust Survivor Viktor Frankl

In this article, you find a story and a secret therapy technique from Viktor Frankl that displays how you can find hope in hopeless situations. 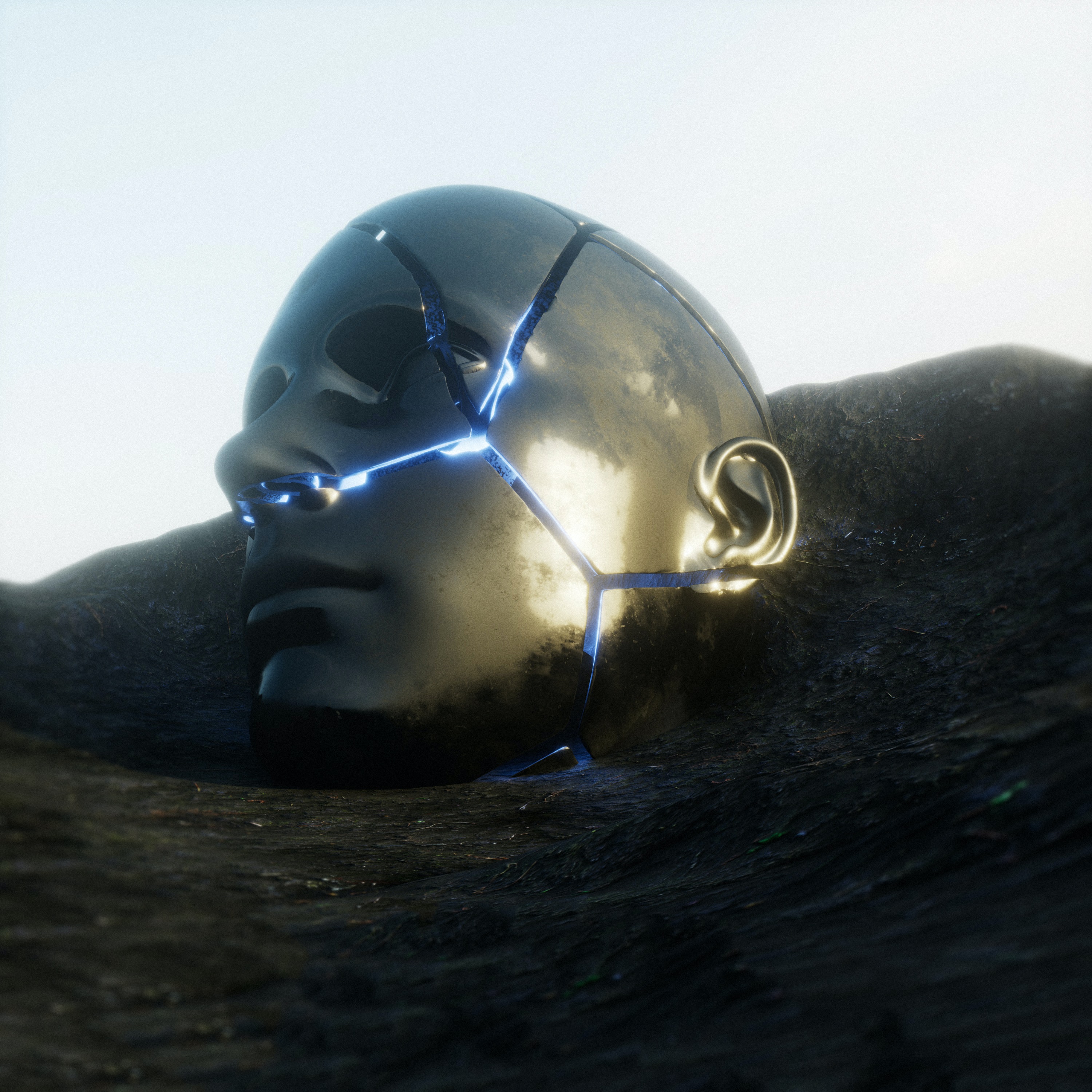 How do we regain hope after we lost all faith in the future?

Before we find an answer to this question together, let’s first think about what happens if we don’t.

One of the heroes of history who studied the consequences of hopelessness under the harshest conditions was the Jewish therapist and holocaust survivor Viktor E. Frankl.

When he was in the nazi concentration camps, he watched people behave and he noticed that a loss of hope leads to the loss of one’s life.

He observed that the prisoners who became depressed died, first spiritually and later physically.

Hopelessness was feared by all the inmates of the camps, not for themselves, but for their friends and family members because they were aware that without a why it was impossible to endure the how of the holocaust.

Frankl noticed that prisoners who lost their spiritual hold followed a certain behavioural pattern, when they lost their reason to go on anymore, they would stop moving on with their life. Literally. They froze into paralysis.

The behavioural decay usually began one morning when a prisoner would refuse to get up and out of bed after having had a crisis before.

When this occurred, not even the Capos or the SS guards could motivate them with blows or other entreaties, the prisoner without purpose would just lay there, hardly moving, hardly there at all, surrendering fully to their fates in order to escape it.

If the hopeless prisoner became sick, he would refuse to go to the sick quarters and he would decline any course of action that he could engage in that would better his situation.

The prisoners without purpose could not be bothered by anything anymore, in the end, he would lay in his own excreta, hiding so thoroughly from the horrors of his life that nothing good or bad could reach him anymore.

In their total surrender, they found some strange form of peace because they thought that the only remedy for their pains was death.

One story that dramatically illustrates the dangers of losing the link between the present and the future was demonstrated to Frankl in the camps when he was approached by a prominent composer who shared a prophecy with him.

The prophecy was a dream that the composer entrusted Frankl with:

I would like to tell you something Doctor. I have had a strange dream. A voice told me that I could ask for something, that I should only say what I wanted to know, and all my questions would be answered. What do you think I asked? That I would like to know when the war would be over for me. You know what I mean. Doctor- for me! I wanted to know when our camp would be liberated and our sufferings come to an end.

When Frankl asked him what the voice answered he told him whisperingly that it would be 30.3.1945, by that time it was the beginning of march they would be free. When the composer shared this news with Frankl he was full of hope and convinced that his prophecy would come true and that his torture would only go on for one more month. As the date however drew closer, news of the war reached the camp and it was more and more clear that the war would not be over by the end of the month as the voice promised. On the 29th of the month, the composer became ill with a fever, one day later, he became delirious and lost consciousness, and on the 31st he died. The official cause of death was typhus, but the real reason behind his death was that Frankl’s friend suffered from a sudden loss of hope and courage. Frankl, a well-read scholar of medicine, was certain that it was his friend’s lost faith in his future that led to the collapse of his immune system and thus made the prophecy come true after all… Frankl’s belief about the connection between psychological and physical decay was also strengthened by an observation of one of the chief doctors of one of his concentration camps who pointed out that the death rate in the week between Christmas 1944 and New Year’s, 1945 was disproportionally higher than usual. His explanation was not founded however in eternal conditions but in internal ones. According to the doctor, it was not the cruel working conditions or the merciless winter, or because of new epidemics, it was his opinion that the death increase ensued because the majority of the prisoners had the naive hope of that they would be home again by Christmas. As Christmas came closer, the courage of the prisoners lessened and their resistance to the many ills of the camps caused them to die in great numbers. Philosopher Friedrich Nietzsche also confirms these observations when he said this;

He who has a why to live for can bear almost any how.

But the tale of the prophet in the concentration camp teaches us not only about the importance of hope but also of its dangers. It is not enough to hope, one must hope for the right things! If our suffering is great, we must attach ourselves to a hope that is of sufficient nobility and purpose, one that is spiritually superior and one that goes beyond our own wishes for ourselves. An indestructible hope, one that can’t be taken away from us. One can’t help but wonder if the composer would have survived longer if would he asked the oracle of his prophecy a different question. Frankl, who often spoke hope into the hearts of the hopeless found that broken man often had broken attitudes towards life. When Frankl saw someone who felt like they had nothing to expect out of life anymore, he often rekindled their hope by reminding them that life is still expecting something out of them! Thus, they moved often away from giving up and towards remembering that they still had something to give to the world. Maybe in the form of a creative contribution, maybe in the form that they could help someone, maybe in the form of being an example to others by bearing their burden honorably. In the next exercise, you will apply these lessons to your own life and you will investigate the quality of your expectations and hopes so that you can converse directly with life, in order to ask it what it expects out of you. Proceed now and learn how to rekindle your light in times of ultimate darkness. 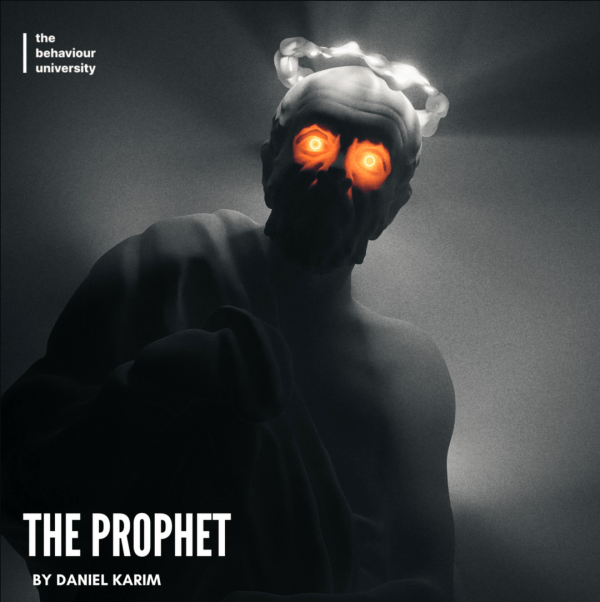 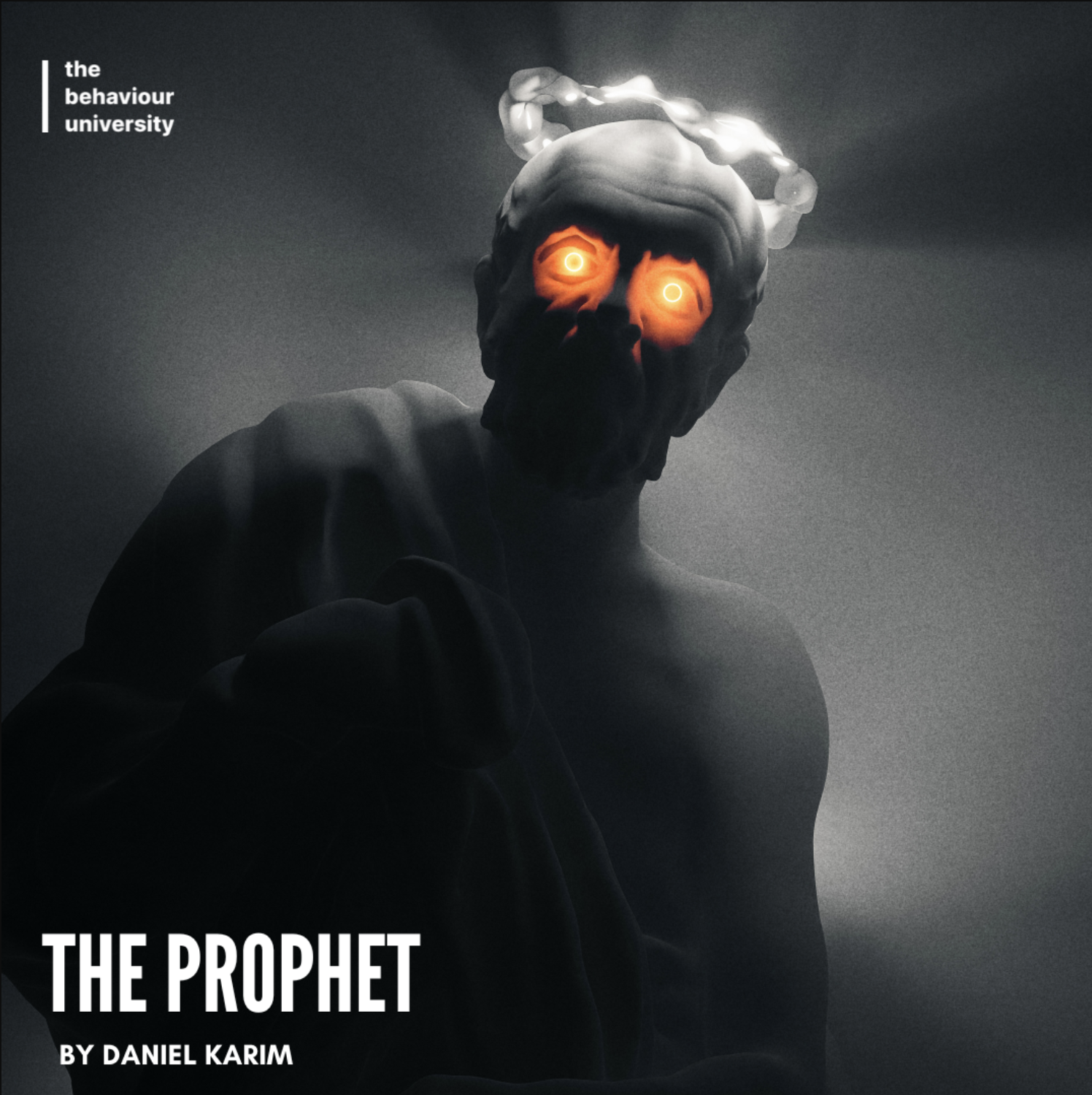 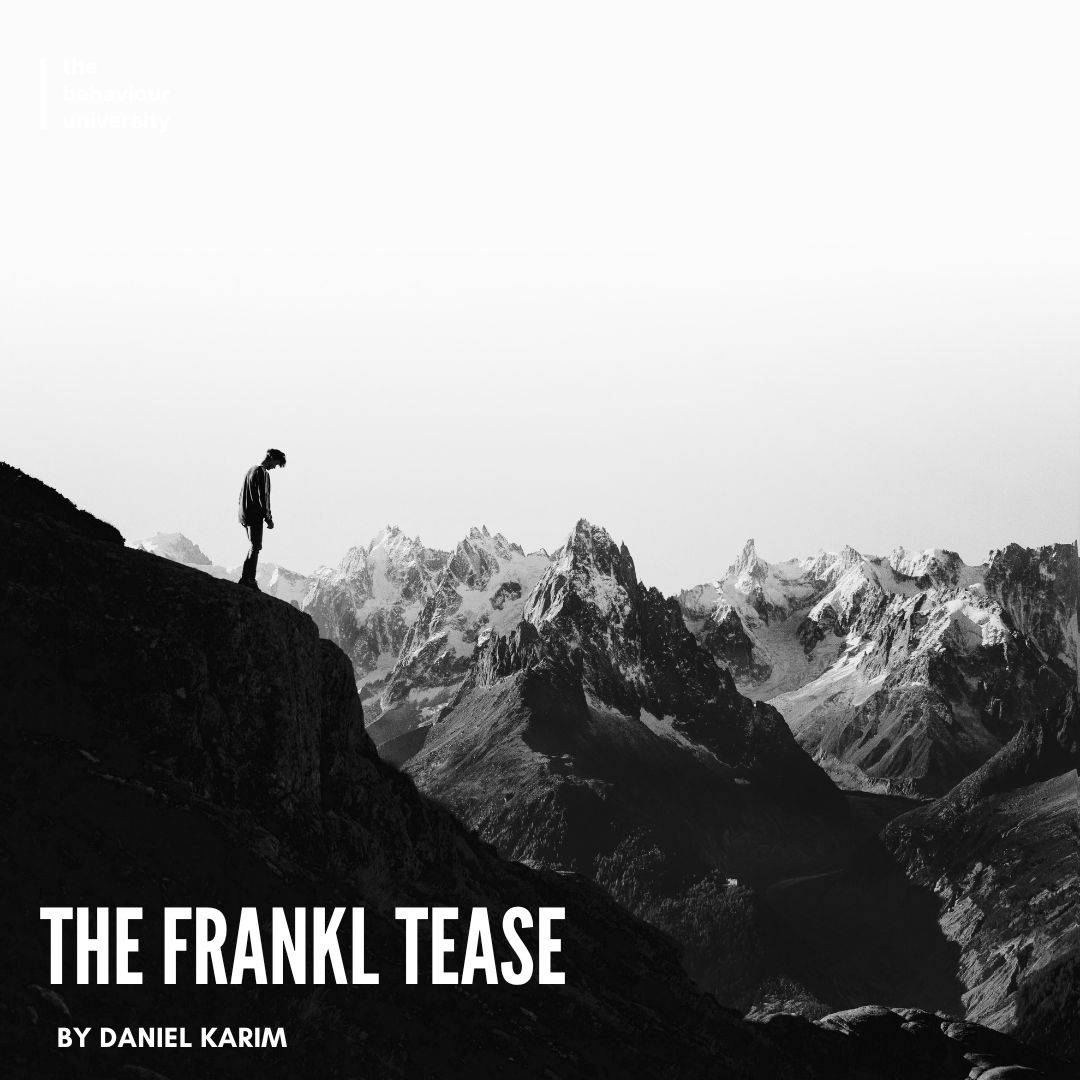 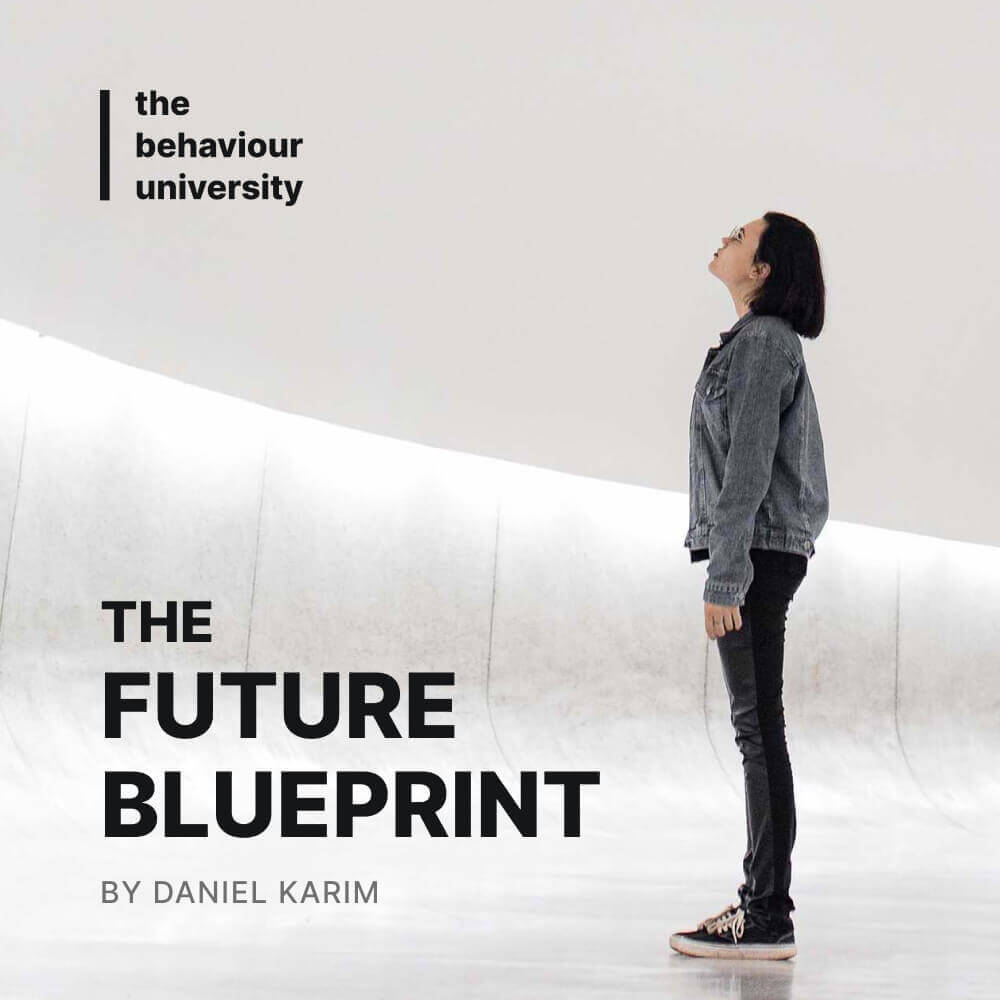